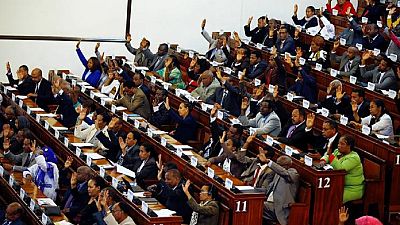 Members of the Ethiopian parliament have been notified to reconvene from their recess for an emergency meeting this coming Friday , according to a local news portal, Addis Standard (AS).

The news was also carried by state affiliated FanaBC, which reported that the legislators are expected to report for duty as early as Tuesday this week.

The national assembly is expected to discuss and ratify a state of emergency that was installed by the country’s council of ministers following the resignation of the prime minister, Hailemariam Desalegn.

The legislators would also be expected to approve a new premier who will be nominated by the ruling coalition that is set to start its congress on Thursday March 1.

Addis Standard also shared a video on its social media feed that showed protests that have erupted in the Oromia town of Nekemte.

Update: In what seems to be a protest against fed. security forces’ intervention on Sat, which forced leaders of the #OFC to cancel event in #Nekemt & return back to #AddisAbeba (see thread), protests erupted in Nekemt. This amateur video sent to AS reportedly shows burning tyres pic.twitter.com/1U1AXk5qHM

AS says the video showing burning of tyres was shared along with pictures, by residents in the affected town.

In addition to the video, AS also received pictures from one local resident who said there were heavy protests earlier today asking for the withdrawal of federal security forces from the city. It is not clear if there were causalities; & phone networks seem to have been disabled pic.twitter.com/l2rPHAAB0f

Another resident who sent these ??pictures via AS’s FB page also wrote protesters were chanting anti-state of emergency messages and the popular protest chant “down, down, Woyane” and “down, down TPLF”. #Ethiopia #StateOfEmergency pic.twitter.com/uVYLEGvC01

Protests have been banned under the state of emergency but many analysts including Ethiopia’s allies in the international community have criticised the restrictions imposed by the government, which they say could reverse any gains made by recent moves such as the release of political prisoners.

Over the weekend, opposition leaders from the Oromia region were briefly detained by the authorities after they tried to address a rally in Nekemte. 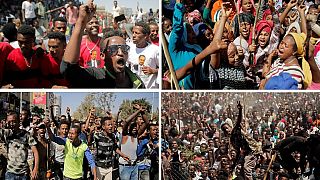 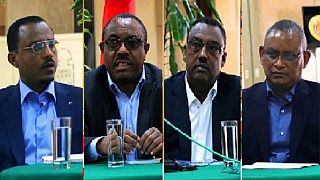 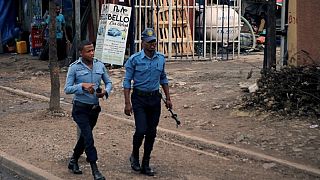