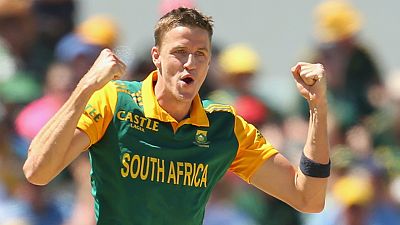 South Africa fast bowler Morne Morkel will retire from all formats of international cricket after the four-match home test series against Australia starting this week, he said on Monday.

Morkel, 33, cited family pressures following local media reports that he was set to take up a Kolpak contract to play in England.

“It was an extremely tough decision but I feel the time is right to start a new chapter. I have a young family and a foreign wife, and the current demanding international schedule has put a lot of strain us,” Morkel said in a Cricket South Africa news release on Monday.

“I still feel there is a lot of cricket left in me and I am excited for what lies ahead. For now, all of my energy and focus is on helping the Proteas win the upcoming series against Australia.”

Morkel will now be free to play in Twenty20 leagues around the world, although he went unsold in the recent auction for this year’s Indian Premier League.

The tall seamer has also featured in 117 one-day internationals and 44 Twenty20 Internationals, taking 529 wickets across the three formats of the game.