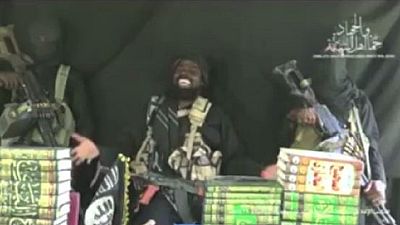 The Nigerian Army has placed a three million naira reward on information leading to the arrest of Boko Haram’s factional leader, Abubakar Shekau.

The army’s position was carried in a tweet on Thursday which read: “The Nigerian Army will give out Three Million Naira (N3,000,000.00k) cash reward for any credible information that leads to the arrest of Abubakar Shekau, the fugitive factional Boko Haram terrorists’ group leader.”

They also gave directions on how persons with credible information could reach the necessary authorities. Three million naira is equivalent to $8340.

Anybody with such credible information can either contact the Military Command and Control Centre, Operation LAFIYA DOLE, any military location, security agencies or call the Nigerian Army Information and Call Centre 193.

The Army’s most recent statement on Shekau was in a press statement which disclosed that the terrorist leader had fled his base in the Sambisa forest wearing a hijab.

The statement came after counter terrorism troops said they had rescued captives held by the group, some lost armoury and routed the insurgents from one of their strongholds in Sambisa – Sabil Huda.

“Credible information from arrested and surrendered insurgents indicated that the purported Boko Haram terrorists group factional leader, Abubakar Shekau could not bear the heat anymore as he has abandoned his followers, he is running for his dear life.

“He is desperately trying to escape the theatre disguised as a woman dressed in Hijab. We reliably gathered that to avoid detection Abubakar Shekau alternates between blue and black coloured hijabs. He was last seen in a black hijab,” the statement read.