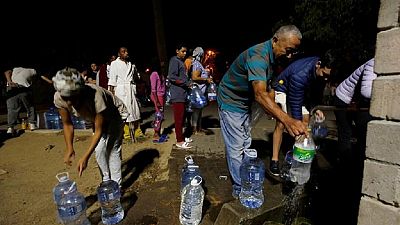 The South African authorities declared Tuesday a natural disaster throughout the country because of the historical drought that has been hitting the Cape Town area for months, threatened by a disruption of its drinking water supply.

This decision, published in the official gazette, was taken after “a reassessment of the extent and severity of the current drought” and now entrusts crisis management to the government.

According to the statement released by the Department of Cooperative Governance and Traditional Affairs, the government will “strengthen and support the disaster management structures to implement contingency plans and ensure that immediate relief, recovery and reconstruction measures are put in place to enable the national executive to effectively deal with the effects of this disaster”.

The provinces of Northern Cape, Western Cape and Eastern Cape have already been declared provincial disasters.

Meanwhile, Day Zero, the day that taps will run day for Capetonians, has been extended to June 4 from May 11,2018.

I can officially announce that #DayZero has been pushed back to 4 June 2018!

Thanks to the efforts of Cape Town residents, consumption dropped to 526 million litres per day.

The delay in Day Zero has been attributed to the continued decline in agricultural usage and Capetonians reducing their water usage, said deputy mayor Ian Neilson.