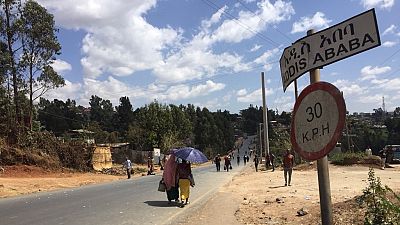 The second day of a social boycott called by youth in Ethiopia’s Oromia region has been fully complied with as businesses and transport services have been at a standstill.

The three-day boycott was called by the youth (Qeerroo) in the region. They are demanding the unconditional release of all political prisonsers held by the government.

Today’s boycott has also seen a series of protests. People have been burning of tyres in the middle of roads in some towns whiles the region’s television channel, OBN, in its coverage of the strike confirmed that protesters were chanting demand for release of prisoners.

Oromia, the largest regional state has since 2015 and through the better part of 2016 being the epicenter of anti-government protests. Local media channels are reporting of deaths in some places where protesters have faced off with security operatives.

It is not the first time the region has been crippled by such an action. The main opposition Oromo Federalist Congress in August 2017 called for a similar protest which was fully observed.

Its purpose was to remember people who died in spreading anti-government protests. It came days after an October 2016 state of emergency was lifted.

The OFC leader Merera Gusina was at the time in detention facing multiple criminal charges. He has since been released (January 2018) in a move the government said was part of efforts to engender national cohesion.