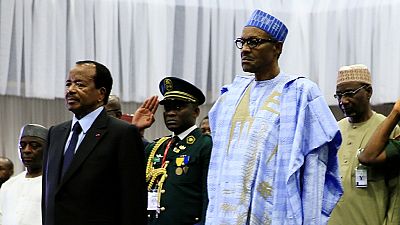 The United Nations Refugee Agency, UNHCR, has officially commented on the deportation of Cameroonian separatists from Nigeria earlier this month.

In a statement published on February 1, 2018; UNHCR said it was worried that Nigeria decided to deport people who had applied for asylum and more so at a time when they were engaging with the authorities.

The statement faulted Nigeria for breaching international laws by forcibly deporting 47 suspected separatists. They also urged Yaounde to respect the rights of the detainees who are expected to be put before the courts.

Below is the full statement

UNHCR, the UN Refugee Agency, has learned with great concern of the forced return by Nigeria of 47 Cameroonians, who were handed over to the Cameroonian authorities on 26 January 2018.

Most of the individuals in question had submitted asylum claims. Their forcible return is in violation of the principle of non-refoulement, which constitutes the cornerstone of international refugee law.

The returns were carried out despite UNHCR’s efforts and engagement with the authorities.
UNHCR reminds Nigeria of its obligations under international and Nigerian law, and urges the Nigerian Government to refrain from forcible returns of Cameroonian asylum-seekers back to their country of origin.

We also urge the Government of Cameroon to ensure that the group is treated in accordance with human rights law and standards.