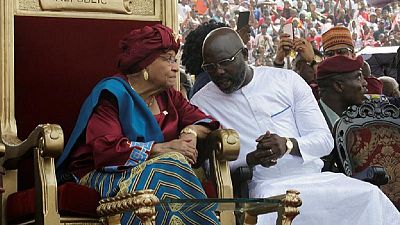 Liberia is ready for kickoff, take off if you like. The West African nation today, January 22, swears in one history maker as the other bows out.