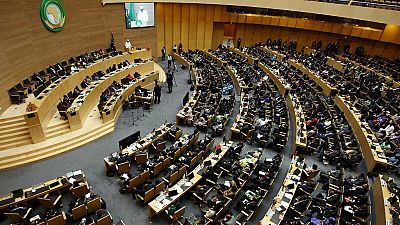 Authorities in Ethiopia say the country is set to host the 30th Ordinary Session of the Assembly of Heads of State and Government of the African Union (A.U.).

The summit which will take place at the A.U. headquarters in Addis Ababa is scheduled to kickoff on Monday January 22 till January 29, 2018.

Corruption is set to take center stage in deliberations by leaders. The summit will be under the theme: ‘Winning the Fight Against Corruption: A Sustainable Path to Africa’s Transformation.’

The A.U. during its last session appointed Nigerian president Muhammadu Buhari as its anti-corruption ambassador. Buhari missed the last session due to sickness, he was represented by the then Acting President Professor Yemi Osinbajo.

Very interesting conversation to have in light of the fact that AU has declared 2018 the African Anti-Corruption Year and pres. Buhari is the champion of the theme of the year

Aside corruption issues of conflict resolution across Africa will also be discussed – among others the situation in South Sudan, the Democratic Republic of Congo, Somalia and Libya.

Permanent representatives of respective countries and the executive council of the A.U.will be expected to engage each other between the 22nd and 27th.

African leaders will take their turn between the 28th and 29th of January. The current A.U. president Alpha Conde of Guinea is expected to hand over the mantle to Rwanda’s Paul Kagame – in what is a yearly rotation of the presidency.

It will be the first time in a long while that Zimbabwean President Robert Mugabe will not be present after he was deposed in November 2017.

Outgoing Liberian leader Ellen Johnson Sirleaf is also likely to miss the session as she will have handed over executive power to president-elect George Weah.