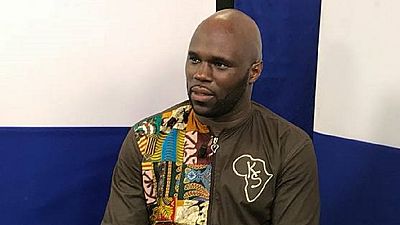 He lit the flame of a currency protest across much of Francophone region in West Africa. He burnt a 5000 CFA note in Senegal and was arrested and charged with destroying property belonging to the Central Bank of West African States (BCEAO).

A Dakar court will go on to rule days later that Kemi Seba full name Stellio Giles Robert Capochichi be released on a technicality. That the laws punished a person who destroys bank notes not a bank note.

Young people in parts of West Africa (especially his native Benin) will burn notes in support of Kemi Seba – who had thrust the debate about a colonial currency used across West and Central Africa into the spotlight.

The 35-year-old is Africanews’ 2017 Personality of the year garnering an overwhelming 63% in a Twitter poll beating off three other competitors. West Africa political bloc, ECOWAS; Kenyan Chief Justice David Maraga and Ethiopian human rights advocate Yetnebersh Nigussie who ended with 20%, 8% and 9% respectively.

About the ‘colonial currency’ known as the CFA

The CFA, abbreviation for Communauté Financière Africaine (African financial community) or the Coopération Financière en Afrique (financial cooperation in Africa) – is a currency used across fourteen West and Central African countries. It was introduced by France to its then colonies in 1945.

As a legal tender, it has backing from the French treasury and was previously pegged to the French franc but now to the euro. It comes in two variations, the type used across West Africa and the Central Africa type.

Persons who back Seba in calling for its scrapping consider it a colonial relic that ties African countries to France after decades of independence. Financial analysts say countries using the CFA have to refer to France on specific economic decisions.

Those advocating that it remains say it is a powerful instrument of economic convergence between countries that use it. They add that it accounts for low interest rates in the region and also a stable peg to the euro and eases trading with the euro zone.

The current French president Emmanuel Macron is on record to have said that the decision to abandon or maintain it is one that rests with African leaders. Despite Seba’s activism, no government across the 14 countries has officially stated a position on the currency.

Of the total of 14 African countries that use the currency eight are in West Africa (Mali, Benin, Togo, Senegal, Guinea Bissau, Burkina Faso, Niger and Ivory Coast.) The six Central African nations that use it are Congo Republic, Gabon, Central African Republic, Equatorial Guinea, Chad and Cameroon.

He is the second winner of our end of year news personality of the year. He joins the dDmocratic Republic of Congo’s rape surgeon Dr. Denis Mukwege who won the maiden edition in 2016.

The flame of Seba’s activism has seen him speak in different cities across the world garnering support for his belief that the currency be scrapped.

Kemi Seba is Africanews’ Personality of the year given his activism which got the better part of Francophone Africa talking this year. Young people across French Africa have responded to protest calls by Seba to protest. 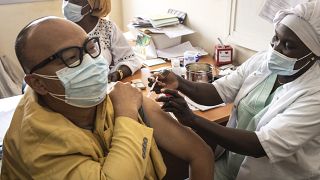 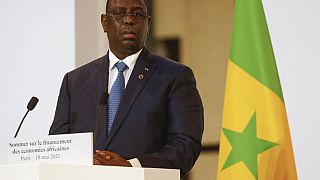 Pandemic surges as millions in Senegal prepare for Tabaski

Pandemic surges as millions in Senegal prepare for Tabaski