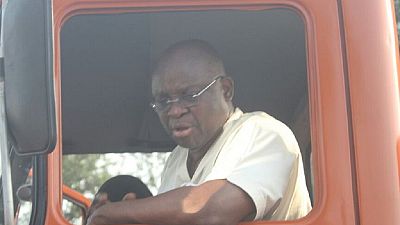 A governor in Nigeria has opted to sell fuel meant for his official use to members of the public as fuel scarcity continues across Africa’s most populous nation.

Governor Peter Ayodele Fayose, an ardent critic of president Buhari and the ruling All Progressives Congress (APC) on Sunday tweeted his decision to sell fuel at 145 naira per liter (equivalent to $0.40).

“To reduce the hardship being faced by our people because of scarcity of fuel, I have directed that 80% of the petrol in the 60,000 litres capacity Govt House Fuel Dump be taken to a Petrol station in Ado Ekiti to be announced soon.  It will be sold to the public at N145/litre,” he said in a tweet.

I cannot be keeping fuel in the govt house dump while our people keep suffering.
I have asked them to pump out 80% of the petrol in the Govt House Fuel Dump to be sold at control price of N145.  The maximum a single individual can buy will be 25 litres.

For about a week now, there have been long queues at fuel stations across the country as people throng the premises looking for fuel. The government and state oil firm, NNPC, has given assurances that everything was being done to normalize the situation.

Nigeria is one of Africa’s top oil producers but as a result of lack of refining capacity, it imports most of the fuel it consumes. There has also been talk of hoarding of the product by marketers with a view to force a price hike.

That the scarcity has occured during the Christmas season has compounded issues as transport across the country has largely been curtailed. Nigeria is not alone on the particular issue, Angola – also an oil producer, was reported to be facing similar headaches.

The state oil company, Sonagol, acknowledged ‘delays in processing fuel at the country’s ports because of minor issues around the payment of certain suppliers’ but insisted that it was ‘not short of fuel’ and that there was ‘no reason to be alarmed.’

In Nigeria, the fuel is being sold at as high as N400 up from N145 while in Angola, prices are reported to have tripled to as high as 500 kwanzas($3).