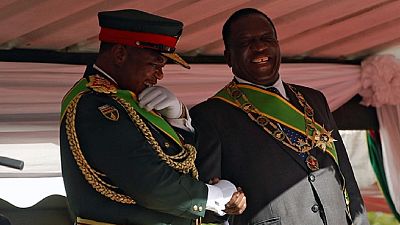 <p>Zimbabwe’s new President Emmerson Mnangagwa has named the former army chief who led a coup that ended Robert Mugabe’s 37-year rule, as one of his two deputies in the ruling party, the presidency said.</p> <p>Presidential press secretary George Charamba said in a statement, retired general Constantino Chiwenga and long-serving state security minister Kembo Mohadi were appointed as Mnangagwa’s deputies in the Zanu-PF party “with immediate effect.”</p> <p>The party appointment is a first step in their elevation to state vice presidents.</p> <p>Born in 1956, General Chiwenga joined the guerrilla war against white minority rule in the then Rhodesia as a teenager and got military training in Mozambique and Tanzania.</p> <p>After independence, he received British training, as a new army, made up of ex-guerrillas and soldiers of the former white minority regime, was formed.</p> <p>Adopting the war name of “Dominic Chinenge, Chiwenga rose through the ranks to become a Provincial Commander for Masvingo/Gaza Province deputised by George Chiweshe who was the Provincial Commissar.</p> <p>On the formation of Zimbabwe Defence forces (<span class="caps">ZDF</span>) in 1994 he was promoted to the rank of Lieutenant General and was appointed commander of the Zimbabwe National Army (<span class="caps">ZNA</span>). </p> <p>Upon the retirement of General Vitalis Zvinavashe in 2004, he was promoted to the rank of Commander of the Zimbabwe Defence Forces.</p> <p>Chiwenga retired this week, slightly over a month after the military temporarily took control of the country on November 15 as internal feuding escalated in Zanu-PF over then-president Mugabe’s succession.</p> <p><blockquote class="twitter-tweet" data-lang="en"><p lang="en" dir="ltr">Zimbabwe military leader Chiwenga set to join politics <a href="https://t.co/PhWNFvqmjd">https://t.co/PhWNFvqmjd</a></p>— africanews (@africanews) <a href="https://twitter.com/africanews/status/943056678349664256?ref_src=twsrc%5Etfw">December 19, 2017</a></blockquote><br /> <script async src="https://platform.twitter.com/widgets.js" charset="utf-8"></script></p> <p>The takeover which the army said was targeting criminals around the president came days after the 93-year-old leader had fired then deputy Mnangagwa who has strong military ties and was widely tipped as the likely successor.</p> <p>Mnangagwa has since appointed two to military officials as minsiters and also assigned them roles in <span class="caps">ZANU</span>-PF’s governing Politurbo.</p> 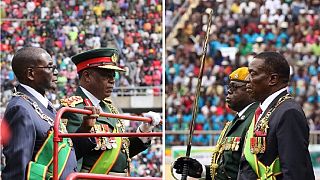 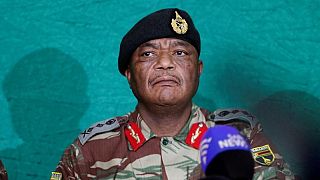 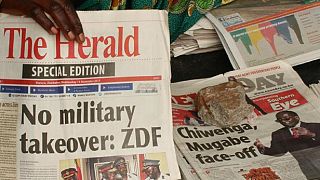