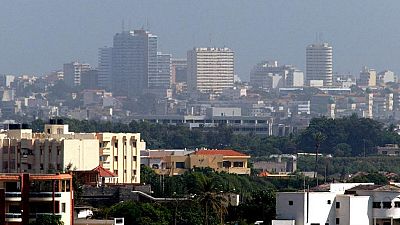 The Emir of Qatar, Sheikh Tamim bin Hamad Al Thani and the President of the Republic of Senegal, Macky Sall have entered into a cultural cooperation agreement in the field of sports and in the field of youth.

The two officials signed memorandums of understanding on behalf of their governments at a ceremony attended by members of the official delegation accompanying the Emir and Senegal Prime Minister Mahammed Dionne and a number of Their Excellences ministers and senior officials. The Emir also attended a dinner banquet hosted by Senegal President.

The tour is understood to be a move to seek out new markets and diversify its economy after Saudui Arabi and other Arab countries cut ties with Qatar.

Qatar’s foreign ministry spokesperson Lulwa al-Khater says ‘‘the six countries on the emir’s itinerary have strong economic potential and opportunities despite some security challenges in some of them’‘.

The emir is expected to sign more agreements in health, education, mining, energy and food security.

Khater said Qatar will also be providing $13.8 million to fund a cancer hospital in Burkina Faso.

On June 5, Saudi Arabia, United Arab Emirates, Bahrain and Egypt severed diplomatic and economic ties with gas-rich Qatar, accusing it of links to extremist groups and being too close to Shiite Iran, Riyadh’s arch-rival.