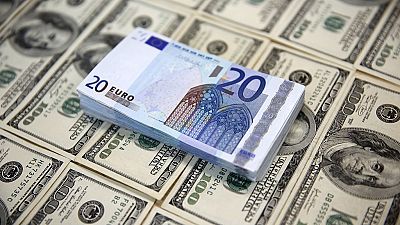 The National Bank of Ethiopia (NBE) has initiated processes to better regulate foreign exchange transactions and by that weaken the black market.

According to a new directive, importers are obliged to request for foreign currency from the NBE based on the international prices of their imports.

The central bank’s chief economist and its vice governor Yohanes Ayalew, confirmed that the directive had been circulated to commercial banks and was already being enforced.

Ethiopia’s economy continues to get good reviews from international lenders like the World Bank and the International Monetary Fund (IMF). The IMF chief, Christine Lagarde recently visited Ethiopia and urged the government to work at alternative drivers of growth.

They said, they had intercepted an audacious attempt to take out 4 million US dollars via the airport in 2016.

Some of the NBE’s forex rules as issued in a directive on its website reads:

1. Ethiopian and Residents of Ethiopia shall surrender, through an authorized forex bureaux, all foreign currencies in their possession against payment to them of the equivalent sum in Birr within 45 days from the date of acquisition.

2. Any resident of Ethiopia found in possession of foreign currency and that do not have evidences to justify holdings shall be punished under the penal code of Ethiopia and the money shall be confiscated.