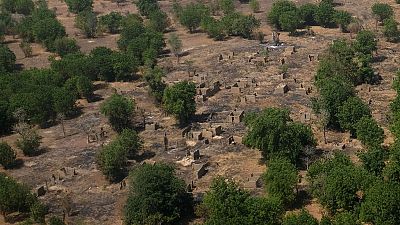 Thousands in Cameroon’s restive Anglophone regions have been fleeing into Nigeria in the wake of a military crackdown on secessionist group, the Ambazonia Governing Council (AGC).

The refugees flooding into Nigeria are, however, helped by two factors. Most of them are hosted by relations across the border who are supporting them with food, clothing and shelter.

The other factor being the pidgin English spoken on either side of the border. According to a UNHCR official, the language also known as ‘broken English’ had made the integration process easier.

Food and medicine are in limited supply. Four people have died of sicknesses since fleeing to Nigeria and the refugees sometimes sleep as many as 50 to a five-by-seven meter room, the UNHCR official added.

One of them justifies how the AGC was fighting back by attacking security officers, he contends that the crackdown could provide the separatists with easy recruits.

“We were walking for peaceful demonstrations … but it’s because of the killing of our innocent people that is why our own people have started reacting,” said Tiku Michael, a businessman, farmer, father of six and now a refugee.

“Even … God himself, he will not allow things to go (on) like that.”

The United Nations refugee agency UNHCR is preparing for up to 40,000 refugees.

Cameroonian authorities say the English-speaking separatists pose a security threat that justifies their crackdown. An international arrest warrant has also been issued for leaders of the AGC.

Story of a mother who fled with a canoe

When soldiers burst into her village in southwest Cameroon last month with guns blazing, small farmer Eta Quinta, 32, raced into the forest with three of her children.

“I found a canoe and I used it to cross over with my kids, not knowing where my husband and my (other) two kids are,” she told Reuters across the border in Nigeria, where thousands of English-speaking Cameroonians have fled in past weeks.

Quinta and her children walked for three days through the dense forests to reach a border crossing at the Agbokim Waterfalls. They remain without news of the rest of the family.

“There are many pregnant women in the forest,” Quinta said as she held her sick two-month-old baby whose head was covered by a white wooly hat. “I have friends in the forest and am not sure if I will get to see them again or their kids.”

Genesis of the Anglophone crisis

What began last year as peaceful protests by Anglophone activists against perceived marginalisation by Cameroon’s Francophone-dominated elite has become the gravest challenge yet to President Paul Biya, who is expected to seek to renew his 35-years in power in an election next year.

The secessionists declared an independent state called Ambazonia on Oct. 1. Since then, 7,500 people have fled to Nigeria, including 2,300 who fled in a single day on Dec. 4 fearing government reprisals after raids by separatists militants killed at least six soldiers and police officers.