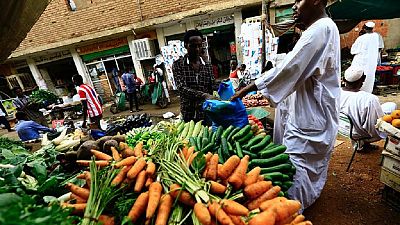 Sudan has imposed a temporary import ban on selected foods and other items in an effort to protect its currency and narrow its budget deficit after the end of U.S. trade sanctions in October, the government said.

The Sudanese pound has been weakening against the dollar since Washington lifted 20-year-old economic embargo, paving the way for traders to step up import volumes and putting pressure on already scarce hard currency.

The central bank holds the official exchange rate at 6.7 pounds to the dollar, but a low supply in formal channels have meant traders have had to rely on Sudan’s black market for dollars.

Meat products, fish and fresh produce were among the 19 items included in the temporary ban the trade ministry signed, according to a statement released late on Saturday.

The ban was effective Dec. 7, the day it was signed.

The central bank announced emergency measures last month after the pound fell to a record low of 27 against the dollar on the black market. The pound’s value has picked up since, trading at about 25 on Sunday.