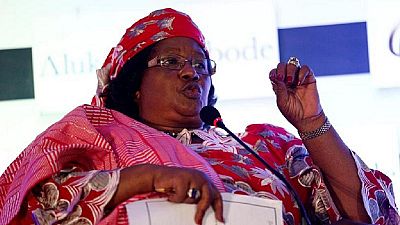 ‘Africa is not poor’

This is the resounding message that former Malawi president Joyce Banda is championing as she copes with life after presidency.

If they want me to run again I'll run again, it's not a priority for me. It doesn't matter. I believe that if a leader, and you're serving your people, you don't have to be in state house. You can serve your people at any level at any rate

Speaking to Al Jazeera, Banda delved into her achievements while in office and defended herself against the corruption allegations she faces today.

Former Malawian President Joyce Banda says she plans to return to Malawi,but not to clear her name as might be expected.

The former Malawian president who became the country’s first female president and Africa’s second in 2012 has not been in her country since 2014 when she lost her re – election bid.

The former president believes she has no case to answer in the $250 million corruption scandal known as “Cashgate”.

“I don’t have to clear my name,” says Banda, who is now a member of Club de Madrid, an assembly of former presidents and prime ministers who continue to support and foster democratic values and leadership.

“Malawians know what I did, and my conscience is very clear … and that I will continue, for as long as I live, to raise my voice against corruption.”

Capital Hill Cashgate Scandal or “Cashgate” is a financial scandal involving looting, theft and corruption that happened at Capital Hill, the seat of Government of Malawi. The scandal was uncovered during the administration of President Joyce Banda, though it is believed to have begun prior to her taking office

In the interview, Joyce Banda who was named one of the 100 most influential people in the world by various publications at the time of her presidency, did not rule out the possibility of re – contesting for the office in the future.

“If they want me to run again I’ll run again, it’s not a priority for me. It doesn’t matter. I believe that if a leader, and you’re serving your people, you don’t have to be in state house. You can serve your people at any level at any rate,” says Banda.