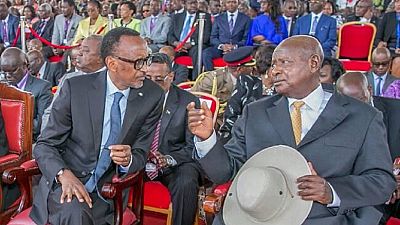 The United States says it is concerned over seeming media clampdown in Uganda after five publishers and three journalists were recently charged with treason.

Heather Nauert, a Department of State spokesperson, however; added that the U.S. continued in its support for freedom of expression and of the press.

“We are concerned by recent charges of treason filed against eight Uganda journalists of a local tabloid newspaper. We continue to support freedom of expression and freedom of the press as central elements of U.S. foreign policy,” she said in a tweet posted on November 29.

Three Ugandan journalists were last week charged with treason and other offences over the publication of a story alleging that President Yoweri Museveni was planning to overthrow the government of his Rwandan counterpart, Paul Kagame.

The journalists who work for the Red Pepper newspaper were charged along with five directors of the Pepper Publications Group. The other charges leveled against them were disturbing the peace of the president and others alleged to be part of the plot.

“According to the charge and caution statement read to them, they will be charged with offensive communication, disturbing the peace of president Museveni, Salim Saleh and Security Minister Henry Tumukunde. The main charge preferred against them is treason,” one of their lawyer told local news portal, the Daily Monitor.

The affected journalists are Ben Byarabaha (Managing Editor), Richard Kintu (News Editor) and Francis Tumusiime (also News Editor). Along with the directors, they are all held at a prison facility pending appearance in court.

The Monday November 20, 2017 publication titled ‘M7 (Museveni) plotting to overthrow Kagame – Rwanda’ added that Kigali intelligence had also mentioned Uganda’s security minister, an army general and France as being part of the plot.

The charges are what detectives have proffered and is subject to a final decision by the Director of Public Prosecutions. They were arrested barely a day after the publication came out. Rwanda has not commented on the issue in any capacity as yet.

But Museveni and Kagame were pictured in Kenya recently during the swearing in ceremony of President Uhuru Kenyatta. The two men were engaged in what could best be cordial exchanges in Nairobi.

Under Ugandan laws, any persons who publish or cause to be published any story that threatens or compromises national security or threatens public safety, commits an offence and is liable on conviction to a prison term not exceeding seven years.