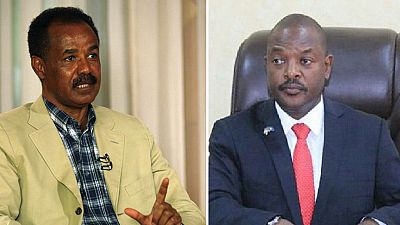 The United Nations High Commissioner for Human Rights has expressed concern over threats meted out to its special rapporteurs in Eritrea, Burundi and the Philippines.

A statement released on Tuesday (November 21) titled “Attacks / threats by States against UN human rights experts, read in part: ‘We are concerned by continuing efforts by certain States to undermine and denigrate important mechanisms established by the 47 Member States of the Human Rights Council.”

On the specific case of Eritrea, the statement bemoaned verbal attacks on its human rights expert, Ms Sheila Keetharuth – who recently released a report to the effect that the rights situation in Eritrea was not getting any better.

The Ambassador referred to her as a 'naked Empress with no clothes' and accused her of acting like a “Viceroy over Eritrea,” and carrying out a witch-hunt.

“The Special Rapporteur on the situation of human rights in Eritrea, Ms Sheila Keetharuth, has also faced considerable hostility in conducting her work, including a personal attack by the Eritrean Ambassador during her interactive dialogue at the Human Rights Council session in June.

“The Ambassador referred to her as a ‘naked Empress with no clothes’ and accused her of acting like a “Viceroy over Eritrea,” and carrying out a witch-hunt.

“Once again, it must be stressed that Ms. Keetharuth has been faithfully carrying out the mandate given to her by the UN Human Rights Council, and she should not be subjected to this type of vitriolic personalized attack by Government officials.”

In the case of Burundi, the U.N. body said it had lodged a complaint with the government of how its ambassdor threatened authors of a recent report presented by a Commission of Inquiry that probed rights issues in the volatile country.

“The High Commissioner has informed the (Burundian) Government that he finds it unacceptable that the members of a Commission mandated by the Human Rights Council are threatened with prosecution for performing the task set for them by the Council.

“This threat by the Government of Burundi constitutes a clear violation of article VI of the 1946 Convention on the Privileges and Immunities of the United Nations, which applies to experts performing missions for the UN.

“He has urged the Government of Burundi to review its policy of refusing to cooperate with the independent International Commission of Inquiry and to cease threatening its members.”

The third country mentioned was the Philippines where President Duterte and his supporters are said to have openly threatened the U.N. special rapporteur on extrajudicial, summary and arbitrary execution, Agnes Callamard.