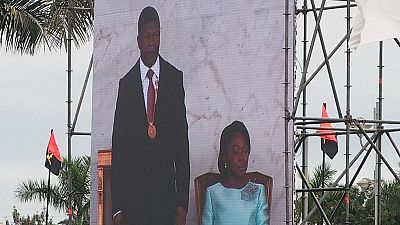 The visit is seen by political watchers as part of efforts by Lourenco to break way from the rather muted diplomacy of his predecessor Jose Eduardo dos Santos.

Reports indicate that the two countries will also scrap visas for all categories of passport holders. The two are members of the Southern African Development Community (SADC).

Lourenco and South Africa’s Jacob Zuma had met earlier this week in Luanda as part of SADC efforts to intervene in the crisis in Zimbabwe.

South Africa ?? & Angola ?? have concluded a visa exemption agreement in terms of which ordinary passport holders are not required to obtain a visitors visa for visits shorter than 30 days at a time and 90 days per annum.#Afritravel pic.twitter.com/7WDdtPaGKb

Since taking office in September this year, the former Defense Minister, has moved to break away from the legacy of his former boss. He closed dos Santos’ propaganda outfit, Grecima, as part of early moves.

He recently fired Africa’s richest woman and daughter of dos Santos, Isabel, as head of the national oil company, Sonangol. His most recent act was the reassignment of two security chiefs appointed by dos Santos.