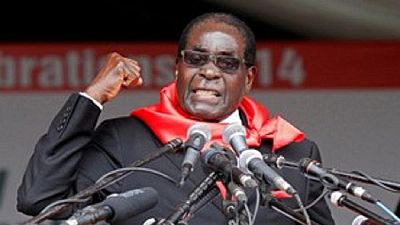 Zimbabwe President Robert Mugabe has agreed to stand down and his resignation letter has been drafted, CNN said on Monday, citing a source familiar with his negotiations with the generals who seized power in Harare last week.

The source said that the generals had given into many of Mugabe’s demands including full immunity for himself and his wife Grace, and that he would keep his private properties.

Under the terms of the deal, Mugabe and his wife Grace would be granted full immunity, CNN said. Two senior government sources told Reuters late on Sunday that Mugabe had agreed to resign but did not know details of his departure.

For the resignation to formally take place, however, a letter must first be sent to the speaker of Parliament, added the source.

Mugabe had stunned the nation on Sunday when he refused to say in a live televised address if he was stepping down.

His party had given Mugabe, who has been under house arrest since the military seized power, 24 hours to resign or be impeached. On Saturday, thousands of Zimbabweans had taken to the streets calling for him to go.