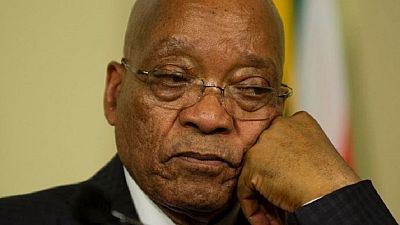 South African President Jacob Zuma expressed hope on Wednesday that there would not be unconstitutional changes of government in Zimbabwe after the military seized power in Harare.

Zuma also called for the Zimbabwean government and army to resolve their differences amicably and said the Southern African Development Community, on whose behalf Zuma was speaking, was ready to help resolve the impasse in Zimbabwe.

The Zimbabwean army launched a military siege on Wednesday with a takeover of the public broadcaster and state institutions.

They announced that Mugabe and his family are safe, and their targets are the “criminals” around the president.

Some arrests have been reported including that of the finance minister and a leader of the ruling party’s youth wing.