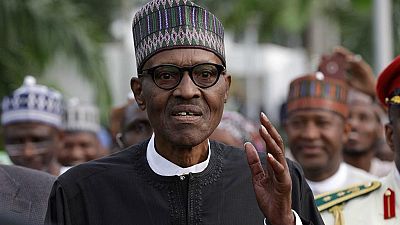 President Muhammadu Buhari is to visit southeast Nigeria this week, his spokesman said on Monday, his first trip since taking office to a region formerly known as Biafra.

Calls for secession have become increasingly loud in the last few months in parts of the southeast, where the president is deeply unpopular, prompting Buhari to say he will not allow Nigeria to be divided by separatist groups.

A million people died in a 1967-70 civil war over the short-lived Republic of Biafra. Buhari, a 74-year-old former military ruler who took office in May 2015, fought in the war as a young soldier on the government side.

The spokesman, Garba Shehu, said the president would, as part of his trip, visit the campaign run by his All Progressive Congress party in the state of Anambra ahead of gubernatorial elections in the next few days.

“Mr President will be visiting two southeast states of Ebonyi and Anambra,” said Shehu. He said Buhari would leave the capital, Abuja, on Tuesday morning and return the following day.

Tensions in the region rose following the release on bail of Nnamdi Kanu, leader of the region’s best known secessionist group, the Indigenous People of Biafra (IPOB).

The government designated the group as a terrorist organisation in September, and deployed troops to the region to crack down on secessionists.

Kanu, who was on bail after being charged with treason, has not been seen since Sept. 14, when IPOB says his home was raided by soldiers. The military has denied raiding Kanu’s home and has said it is not holding him.

“We are yet to know our leader’s whereabouts or that of his parents. (Buhari) is not the type of person any governor should be welcoming to their land,” said an IPOB spokesman in a statement that urged the president to “stay away”.

A Nigerian minister in September said secessionists in the southeast were sponsored by the government’s political opponents.

The government has repeatedly rejected the accusation that Buhari, a Muslim northerner, is opposed to the development of the mostly Christian southeast, where people are mainly from the Igbo ethnic group.

Nigeria’s 180 million inhabitants are split roughly equally between Christians and Muslims, and around 250 ethnic groups mostly live peacefully side by side.