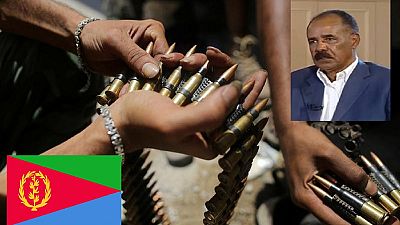 Eritrea’s alleged support for Somalia-based insurgent group Al-Shabaab cannot be proved according to a report by a United Nations team of experts.

The 60-page Report of the Monitoring Group on Somalia and Eritrea has subsequently asked the U.N. Security Council (UNSC) to consider lifting the arms embargo on Eritrea.

The group disclosed that Eritrea had flatly refused to allow them entry into the country as part of their mandate. They added that despite allegations of Eritrean support for Al-Shabaab by a member state and corroboration by another, the allegations could not be substantiated.

It therefore once again calls on the United Nations Security Council to lift the unfair and unjust sanctions imposed on it for the past nine years. There is no justification for them to continue and they do not serve any useful purpose.

“Given that the Monitoring Group has been unable to find conclusive evidence of Eritrean support for Al-Shabaab in Somalia for four consecutive mandates, the Group recommends that the Security Council consider disassociating the sanction regimes for Eritrea and Somalia,” the report said.

The UNSC via Resolution 1907 (2009) imposed an arms embargo on the Horn of Africa nation 16 years after it attained independence from Ethiopia. The United States sponsored embargo accused Asmara of supporting al-Qaeda linked Al-Shabaab.

Somalia who are the worst affected by the Al-Shabaab insurgency are also under an arms embargo which security watchers say has largely hindered the ability of the army to effectively combat the terrorists.

Calls for the lifting of the sanctions was renewed in Eritrea’s 2017 address to the U.N. General Assembly in September this year. “Eritrea strongly believes that its political, economic, social and diplomatic path would be smoother and easier if external obstacles that have been put on its path were removed.

“It therefore once again calls on the United Nations Security Council to lift the unfair and unjust sanctions imposed on it for the past nine years. There is no justification for them to continue and they do not serve any useful purpose,” Foreign Minister Osman Saleh Mohammed told the 72nd UNGA.

His position was backed by a former U.S. Assistant Secretary of State for Africa, James Cohen, who averred that Ethiopia had to back the sanctions lifting during its tenure as president of the UNSC.

Addis Adada and Asmara continue to trade accusations at each other over plots to destabilize the other. Ethiopia says Eritrea is backing anti-government miscreants in the Oromia region. They have also said Ethiopia is behind skewed reports of a rare protest by students in the capital Asmara.