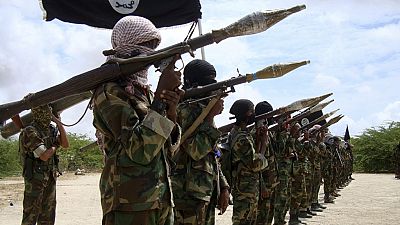 Somalia’s al Shabaab insurgents shot four men accused of spying on Monday in a public execution which underscored the insurgents’ control of swathes of the country’s southern region even as the government girds up for an offensive against them.

“The four men were captured weeks ago. They were publicly executed today after the court ruling and after admitting espionage,” Mohamed Abu Abdalla, al Shabaab’s governor for the Jubba regions said by phone.

Al Shabaab’s grip on the Horn of African nation has been weakening since it was pushed out of the capital in 2011 by African Union peacekeepers. But it still controls large parts of the countryside.

It is trying to overthrow the weak, U.N.-backed government and impose a strict form of Islamic law. Somalia has been riven by civil war since 1991, when clan warlords overthrew a dictator then turned on each other.