South African is named best female chef in the world 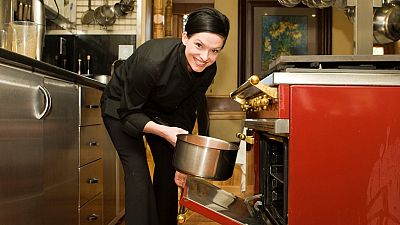 What does it feel like to be the best female chef on the planet? For South African chef Chantel Dartnall, news of the accomplishment still hasn’t sunk in, South African media outlet IOL writes. .

“It feels pretty insane,” says Dartnall, the owner and head chef of Restaurant Mosaic in Elandsfontein near Pretoria.

The 37-year-old says she is still trying to process the news, having just arrived back in the country this week from Poland, where she attended The Best Chef Lady Awards. “To win exceeded all my wildest dreams. It’s a great honour.”

Dartnall, who has twice been named South Africa’s Chef of the Year, beat strong competition from globally acclaimed chefs including Spain’s Elena Arzak (Best Chef Lady 2016 winner) of the three Michelin-starred restaurant Arzak; Emma Bengtsson, who is at the helm of the two Michelin-starred Scandinavian restaurant Aquavit in New York; France’s Anne-Sophie Pic, who gained three Michelin stars for her restaurant, Maison Pic in France, as well as Clare Smyth, the first and so far the only female chef to run a restaurant with three Michelin stars in the UK with her establishment, Core.

The Elandsfontein-born Dartnall was also placed number 32 in the Best Chef Awards Top 100 list for 2017, the highest positioned woman and one of only three to make the top 50.

She was also the only South African chef listed in the top 100. “It’s a major award when you look at the other chefs who were nominated, such as Elena Arzak and Sophie Pic, who both have three Michelin stars. I’ve always admired them,” says Dartnall.

She admits she didn’t expect to walk away with the title – she travelled to Poland for the awards simply to meet her idols.