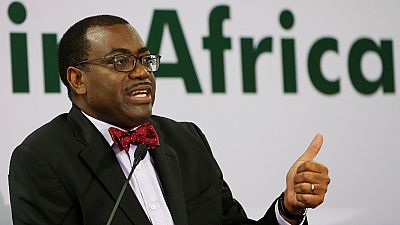 The 2017 World Food Prize Laureate said the world needs to help Africa to rapidly modernise its agriculture and unlock its full potential to feed the world.

“There is therefore absolutely no reason for Africa to be a food-importing region. Africa has huge potential in agriculture, but, as Dr. Borlaug used to say, nobody eats potential! … Unlocking that potential must start with the savannas of Africa,” Adesina said during a lecture on World Food Day.

Africa’s savannas cover “a mind-boggling 600 million hectares of which 400 million hectares are cultivable … African farmers need more than a helping hand. They need a policy lift,” he said at the Norman Borlaug Lecture in the United States under the theme: Betting on Africa to Feed the World.

While the savannas of Brazil feed the world, those of Africa cannot even feed the farmers there. Policy support and massive investments in infrastructure made the difference.

Adesina compared Africa’s savannahs to those of Brazil and Thailand that feed the world despite their acidic soils that need liming at massive scales before cultivation can be done.

“While the savannas of Brazil feed the world, those of Africa cannot even feed the farmers there. Policy support and massive investments in infrastructure made the difference to turn the savannahs of Brazil and those of Northern Thailand into a food powerhouse,” he added.

He called for the development of new agrarian systems, land tenure systems and land tax for unused agricultural land to provide incentives for faster agricultural commercialization.

Africa spends US $35 billion annually on food imports and estimated to spend US $110 billion by 2030 if the trend continues.

Adesina stressed that despite progress in global food production, the world has 700 million people languishing in extreme poverty, including 800 million with chronic hunger, 2 billion people with micronutrient deficiency, and 150 million children under 5 years who are stunted.

The AfDB president won the 2017 World Food Prize in June. He is the fifth African to take home the $250,000 prize for advancing human development by improving the quality, quantity or availability of food in the world.