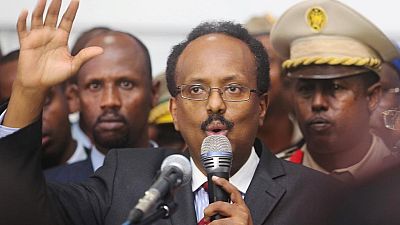 Somali President Mohamed Abdullahi Mohamed has vowed to step up the war against al-Shabaab, as he addressed thousands at a rally in Mogadishu for the victims of the city’s worst-ever bombing.

Protesters wearing red bands around their heads marched through the scene of the truck bombing, a once bustling district, before gathering at a stadium where they chanted: “We are ready to fight”.

Residents of the Somali capital, while wearily accustomed to regular bombs and attacks by the Islamist militants, have been outraged by the strike on Saturday which left at least 300 dead and more than 500 wounded.

No group has claimed responsibility for the attack, but Al- Shabaab, a militant group aligned with Al-Qaeda, has carried out regular suicide bombings in Mogadishu in its bid to overthrow Somalia’s internationally-backed government.

The president, better known by his nickname Farmajo, said the attack shows that not enough has been done to stop Al-Shabaab.