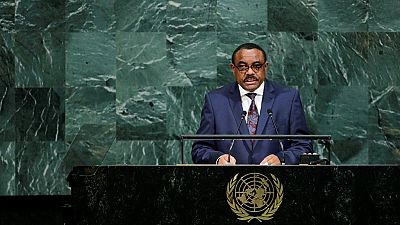 Ethiopia has secured the release of 134 of its citizens from prisons in Oman and facilitated their return to Addis Ababa.

The inmates expressed gratitude to the Ethiopian Embassy in Oman for facilitating their return.

Details surrounding the release of the prisoners has not been disclosed.

In July, Ethiopia released 114 Somali prisoners from detention facilities and handed them over to the Somali government.

The release of the prisoners, who were returned to Mogadishu, followed talks between Somali Prime Minister Hassan Ali Khayre and his Ethiopian counterpart, Hailemariam Desalegn.

Their release was considered a sign of the good ties between the two countries.