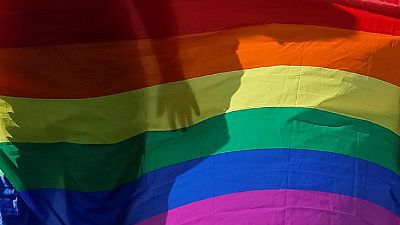 A Botswana transgender man has won a 10-year battle to be legally recognised as male in a landmark ruling that could boost minority rights in the conservative nation.

Botswana High Court last week ordered the government to change the gender marker on the man’s identity card from female to male to respect his constitutional rights.

“This is an immense relief,” the man, who cannot be named for legal reasons, said in a statement.

“I am hopeful that other persons who find themselves in a similar situation will be dealt with in a more respectful manner when they apply for new identity cards.”

Justice Godfrey Nthomiwa said in his judgment that the government had violated the plaintiff’s rights to dignity, privacy, freedom of expression, equality and freedom from discrimination and inhumane and degrading treatment.

Homosexual acts are illegal in Botswana, as in many African countries, and punishable by up to seven years in jail. Members of the community are often stripped, harassed and thrown out of their homes.

The ruling raises hopes that Tshepo Ricki Kgositau, a transgender woman, will also win her case to have her gender marker amended. It is due to be heard in December.

“This is great victory for the transgender community because many more have been fighting the gender marker battle for years,” said Tshiamo Rantao, the man’s lawyer, told the Thomson Reuters Foundation.

“Surely the judge who will be presiding over Kgositau’s case will have to refer to this judgment.”

The case was supported by the Southern Africa Litigation Centre (SALC), which handles rights cases across the region.

Kgositau, who heads the South Africa-based advocacy Gender Dynamix, said in court papers that she identified as female from a young age.

She said that her identity card, marked male, caused her emotional distress and increased her vulnerability to abuse and violence.

Her mother, siblings and relatives submitted statements in her support saying that “her family has embraced her and loved her as a woman”.

An LGBT advocacy group won another groundbreaking case in Botswana in 2014, when the High Court allowed it to register.