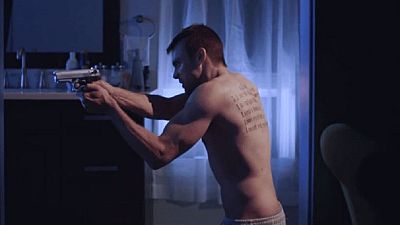 The family of jailed South African paralympic gold medallist Oscar Pistorius have threatened to sue producers of a new film about the athlete who killed his girlfriend Reeva Steenkamp in 2013.

The U.S.-produced film titled “Oscar Pistorius – The Blade Runner Killer” which will be released next month focuses on the events from the night he killed his girlfriend to the murder trial.

The family said in a statement on Tuesday that the film did not reflect the truth about what happened and the two families were not consulted before it was made.

“The film is not a true reflection of what happened on the day of this tragedy and the subsequent trial of the matter … [It] is a gross distortion of the findings of the court,” the athlete’s brother Carl Pistorius said.

He dismissed the title saying Oscar was not found to have the mind of a killer after several psychological tests insisted upon by the prosecution.

The producers of the film, American TV channel Lifetime, said on Wednesday that the film to be premiered on November 11 is an account of what allegedly happened from the view point of the Oscar’s girlfriend Reeva Steenkamp and her mother.

This contravenes the statement of the Steenkamp family lawyer who said they did not contribute to the movie.

The double amputee athlete known as The Blade Runner said he shot his girlfriend on Valentine’s Day through the bathroom door thinking she was an intruder.

He was first convicted of manslaughter and sentenced to five years in jail, and later increased to murder by in December 2015 and his sentence increased to six years.

In November, South Africa’s Supreme Court of Appeal (SCA) will hear the state’s appeal against the six-year murder sentence arguing that it is too lenient.

Oscar Pistorius – Media Statement 3 Oct 2017 with regards to lifetimetv ‘film’ that has been produced: pic.twitter.com/ZXNwQMAZ7k