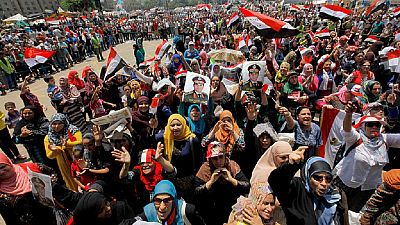 Egypt’s population has risen from 72.6 million in 2006 to 94.8 million as of April, 2017, according to the latest census figures announced by the country’s statistics agency last week.

Ghada Wali said in an interview with local al-Mehwar TV that birth control programmes will be launched in the Upper Egypt region where over a million women under 35 years old have up to three children and are still bearing children, Arab media portal Al Araby reported.

She blamed early marriage and inadequate family planning programmes for the high birth rates which she says has contributed to Egypt’s weakening economy.

Cairo has the highest share of the population with 18.1 million including its twin province of Giza.

The sex ration is 51.6% males and 48.4% females while 34.2% of the total population is composed of the age group below 15 years of age, the Central Agency for Public Mobilization and Statistics (CAPMAS) announced in a televised address.