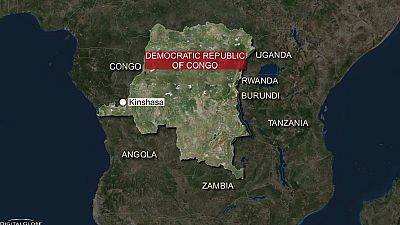 The United States has issued a security message for the city of Uvira in the South Kivu province in eastern Democratic Republic of Congo (DRC).

The U.S. cites a significantly degraded security situation in the area following clashes between government forces and rebels on Lake Tanganyika.

Reuters news agency reported heaving fighting in the South Kivu province had spread to the city on Thursday.

Fighting between the Mai-Mai Yakutumba militia and government forces broke out at the weekend on the outskirts of Uvira, located close to the Burundi border. DRC’s army chief has traveled to capital of South Kivu, Bakavu. Didier Etumba is expected to be in Uvira to study the situation.

Congo’s navy also repelled an attack by five rebel boats on the lake, military spokesman Louis-Claude Tshimwanga said, adding that the navy had sunk one of them and that government forces remained in control of Uvira, the Reuters report added.

#DRC: security situation has degraded significantly around #Uvira. Avoid travel to Uvira & exercise caution in all parts of #SouthKivu. pic.twitter.com/8zM9dCiomS

The DRC has been plunged into a state of political tension since President Joseph Kabila refused to step down when his mandate expired last December. Electoral registration is continuing despite the lack of a fixed date for polls.

Opposition protests are occasionally called for and they are clamped down by police. Kabila whose constitutional mandate has elapsed has court backing to stay on till the next leader is chosen.

A political deal was brokered by the Catholic Church late last year, under the terms of the December 31, 2016 deal, elections must be held this year and Kabila will be ineligible to stand. He has, however, failed to state whether he has plans to change the laws to allow him to contest.