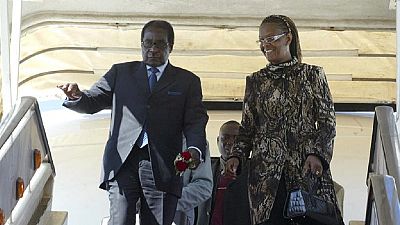 R. G. are the initials for Robert Gabriel – Mugabe’s other names. People have been reacting to the move seeing that it is the second national asset in recent times to be named after Mugabe – who is leader of the ruling Zanu-PF and its flagbearer going into poll slated for next year.

The government disclosed in August this year that Zimbabwe was planning to construct a university worth 1 billion US dollars and that the facility will be named after Mugabe.

The decision sparked anger and criticism from the opposition which says the government should instead focus on improving the existing underfunded universities around the country.

Questions are also being raised over how the authorities will be able to come up with the amount with the current economic crisis the country is facing. According to the government, the new establishment would focus on science and technology and have an institute focusing on research and “transformative and revolutionary leadership.”

The Robert Mugabe University joins other facilities named after Mugabe including the government’s school of intelligence, a main street in the capital Harare and the highway to his rural home.

It will be situated 36 kilometres North West of Harare in Mazowe district, Mashonaland Central with the Robert Gabriel Mugabe Foundation as the responsible authority.