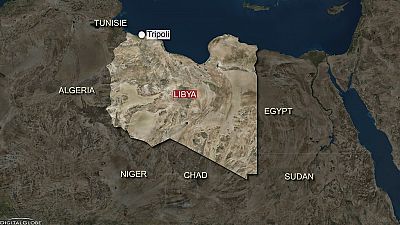 The United Nations is preparing to deploy 150-250 mostly Nepalese guards to Libya to protect its base in the capital as part of a plan to return its operations to the country, U.N. officials said on Friday.

Backed by Western governments, the U.N. is trying to heal a rift between Libya’s rival factions in order to stabilise the country and to tackle militant violence and people-smuggling from Libya’s northern coast.

The mission has been based in Tunis since 2014, when fighting among rival Libyan brigades forced out most foreign embassy staff, but it has gradually increased its presence in Libya and has been planning for months for a fuller return.

The military unit would probably consist of around 150 guards, Jean-Pierre Lacroix, U.N. Under-Secretary-General for Peacekeeping Operations, told a news briefing in Geneva. Most will be Nepalese.

“To make sure that we protect our colleagues as they deploy in Tripoli there will be a guard unit which will be basically U.N. military personnel coming from Nepal,” Lacroix said.

U.N. Libya envoy Ghassan Salame told Italian newspaper La Stampa that “a little under 250” could be deployed in the “coming weeks”.

Deploying the guards to the base in Tripoli “will mean that around the beginning of October we can carry out a significant part of our work in Libya,” said Salame, who has headed the mission since June.

A spokesperson for the mission said there were no plans to send U.N. peacekeepers to Libya.

Security in Tripoli and other parts of western Libya is fragile, and armed groups that are largely unaccountable hold power on the ground.

Most foreign embassies closed and pulled out their staff in 2014 when heavy fighting between rival factions destroyed the capital’s airport. It was the worst fighting since the fall of long-time leader Muammar Gaddafi in 2011.

Libya slipped into turmoil after the NATO-backed uprising that toppled Gaddafi. A U.N.-backed government set up in Tripoli last year has struggled to assert its authority and is opposed by factions that control eastern Libya.

In July, rival leaders pledged in Paris to work towards elections in 2018 and a conditional ceasefire. Salame said constitutional and electoral laws would have to be written to ensure any vote brought lasting change.

“We need to be sure everyone accepts the final result,” he said. “Let’s not forget that presidential elections would be the first ever.”

Salame also expressed frustration at competing international initiatives in Libya, where regional and European powers have vied for influence.

“I think the proliferation of initiatives, of mediations, does not help,” he said.

French Foreign Minister Jean-Yves Le Drian said he hoped that after his country’s efforts a revision of the 2015 U.N.-mediated deal that created the Tripoli government could be reached under Salame’s auspices.

Discussion has centred on reforming the government’s leadership and power over military appointments.

“It seems that efforts are converging,” Le Drian told reporters during a visit to Moscow.