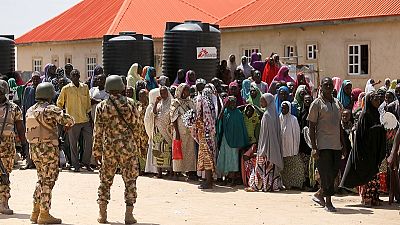 Most deaths were recorded in Muna Garage camp on the outskirts of state capital Maiduguri, the epicentre of the Islamist insurgency that has also destabilised neighbouring Cameroon, Chad and Niger.

A U.N. report said more than 530 suspected cases of cholera had been registered by Tuesday – more than three times the number reported five days earlier.

Twenty-three people had died, it added, up from 11 reported on Aug. 31.

About 1.8 million people have abandoned their homes because of violence or food shortages during the conflict, U.N. agencies say.

As well as Muna Garage, the nearby camps of Custom House, Ruwan Zafi and Bolori II also had cholera cases, and there were reports of outbreaks in the areas of Moguno and Dikwa, northeast and east of Maiduguri, the U.N. note said.

In Dikwa, 80 km (50 miles) from Maiduguri, there were 103 suspected cholera cases, 17 of which had been confirmed with a rapid screening test at the local hospital, but no outbreak had been officially declared.

Cholera is an acute diarrhoeal infection spread by contaminated food and water. It can be easily treated with oral rehydration solution if caught early, but the disease can kill within hours if left untreated.

The latest figures suggested a 4.3 percent fatality rate – well above the 1 percent rate that the World Health Organization rates as an emergency. The short incubation period of two hours to five days means the disease can spread with explosive speed.