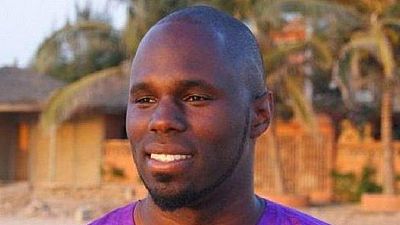 French activist of Benin origin Kemi Seba has been expelled from Senegal after a protest against the West African regional CFA franc in Dakar last month that got him arrested.

The controversial activist arrived in France on Thursday and according to sources cited by AFP, he was expelled for posing “serious threat to public order”.

Seba was acquitted by a court in Dakar in late August after his arrest over the burning of CFA franc bank notes which he described as a symbolic act aimed at “exposing the wrongs of FranceAfrique”.

The Central Bank of West African States (BCEAO) filed the complaint and he was held in detention for five days on charges of “destroying a banknote”.

His expulsion has been condemned by civic society groups including the African Group for the Defense of Human Rights, the Senegalese League of Human Rights (LSDH) and Amnesty International Senegal, AFP reports.

They said in a joint statement that his deportation goes against his right to appeal the decision.

35-year-old Kemi Seba, whose real name is Stellio Capo Chichi, settled in Senegal after a series of legal disputes after two groups he founded were banned for being racist and anti-Semitic.

He has been demonstrating against the CFA franc which is used in eight West African countries; and a similar currency of the same name used by six states in central Africa.