Meet Farag Mohamed one of the few artisans keeping the handcrafting of leather horse saddles laced with silver and copper embroidery alive in Libya.

Mohamed hand-makes the saddles that are imprinted with old Islamic art and Libyan tribal symbols.

“The reason why I learnt the trade is because of my uncle, he had taught himself and was a natural. Most saddle makers are self-taught, and saddles generally are considered a home-grown craft. We consider their manufacture and usage while riding horses very beautiful thing, and Libyan saddles are very special world-wide,” said saddle craftsman Farag Mohamed.

The manufacturing of horse saddles has long been a tradition in the North African country. Many craftsmen inherited it from their ancestors, but nowadays, with limited availability of imported materials, the trade is slowly disappearing.

Mohamed started working with his uncle since he was six years old, and has passed down the craft to his son.

His designs can cost anything from 3,700 dollars to 11,000 dollars depending on the design.

He can take three weeks to three months to delicately weave the threading to form his intricate designs.

Libyans enjoy showing off their saddles during celebrations such as marriage ceremonies as well as in traditional horse racing competitions which take place around the country.

“Here in Janzour, we’re preparing for our traditional horse racing competition. We practice once a week every Saturday. With a wide audience, it’s very popular and it is mostly practiced in celebrations and weddings, as well as during official ceremonies,” said equestrian, Hossam Salah.

Riders are judged on their technique as well as the overall quality and appearance of their saddles. 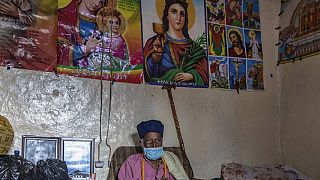 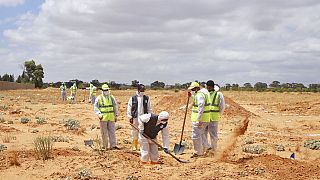 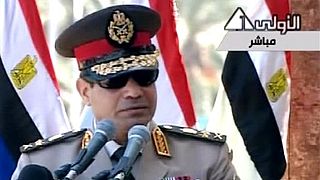 Egypt threatens to intervene in Libya as pro-govt forces advance

Egypt threatens to intervene in Libya as pro-govt forces advance