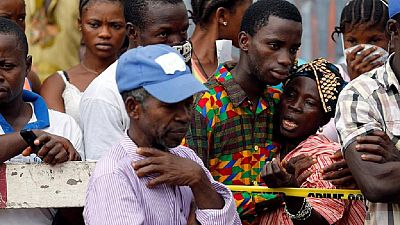 <p>The about 5,000 persons displaced in deadly mudslides and floods that hit Sierra Leone a week ago, will be given temporary shelter in 48 hours according to head of the disaster response outfit.</p> <p>According to local media sources, Ismael Tarawallie, who heads the Office of National Security, the world has shown massive support to Sierra Leone in the wake of the disaster.</p> <p>Donations of cash and other relief items have been pouring into the West African country since Tuesday last week. Official figures indicate that close to 500 people were killed whiles about 600 others are unaccounted for.</p> <p>The country was forced to hold mass burials for its dead last week amid a warning from international bodies with respect to a potential disease outbreak.</p> <p>One of Africa’s worst flooding-related disasters in years occurred when the side of Mount Sugar Loaf collapsed on Monday after heavy rain, burying parts of Regent town and overwhelming relief efforts in one of the world’s poorest countries.</p>