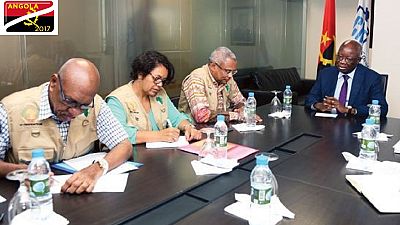 Angola is hosting 1,440 election observers in parts of the country to monitor the August 23 general elections.

1,200 of the observers are from the international community while 240 are local observers who have registered with the electoral commission, Chairperson of the National Electoral Commission (CNE), André da Silva Neto said on Tuesday in Luanda in a meeting with the observers.

Among the observers are the 40-member team from the African Union led by former Cape Verdean Prime Minister José Maria das Neves; and the team from the nine-member Community of Portuguese-Speaking Countries (CPLP) led by former Sao Tome and Principe president Miguel Trovoada.

The European Union cancelled its deployment of election observers last month after Angola rejected the demand by the EU to have access to all polling stations in the 18 provinces.

The Angolan authorities said they can’t allow full access across the country due to safety.

The CNE chief warned the election observers that their work is bounded by Angolan election laws and codes of conduct, therefore they should follow the rules and respect the Angolan constitution, the Angolan news agency reported.

He also advised them to respect the geographical areas granted them to operate.

The winner will be the 3rd president of Angola in 42 years of independence.