Rwanda’s Paul Kagame is to be sworn-in as President for his third term in office after a landslide victory in polls held in early August.

“The presence of so many brothers & sisters from around Africa honours our nation deeply & gives us strength. We thank you. Africa has been with Rwanda when we needed you most.

“Nothing gives our people greater pride than contributing together with you to the greatness of our continent. Standing alongside us are friends of Rwanda who have always kept our country in their hearts & worked hard to advance it.

“I want to acknowledge the leaders and members of the 8 political parties who joined with RPF to nominate me as their candidate. For twenty-three years, we have collaborated with deep mutual respect to repair the social fabric of our devastated nation.

“I also congratulate the two other candidates who brought their message directly to citizens. Together, we created a positive environment where no vote was cast against anyone but rather all were cast for.

“If we always succeed in rallying so strongly around ideas and leadership that work best for all of us it would be a good thing.”

“ They demand we replace systems that are working well for us with dogmas in which their own people are rapidly losing faith. Africa has no civilizational problems, only assets. Sans aucun doute.

Over centuries of adversity, our civilisation sustained us. Today, it endows us with ambition, compassion and creativity. Africans are the biggest students of our own problems.” 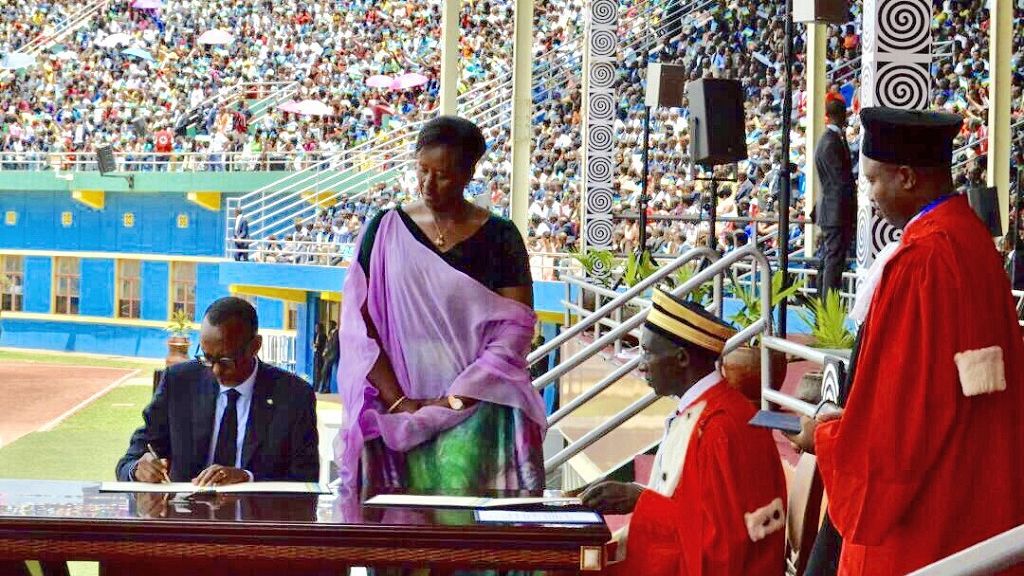 Update 5: Inspecting a military guard mounted. What does the oath say?

President #Kagame swears in as the next President of the Republic of #Rwanda after winning elections with a landslide. #KagameInauguration pic.twitter.com/BlP5uPQ3KP

After taking oath, CJ Rugege hands over to Paul Kagame, the national symbols: Constitution, National Flag and National Emblem. He also received a sword from the Chief of Defence Staff of Rwanda Defence Forces. 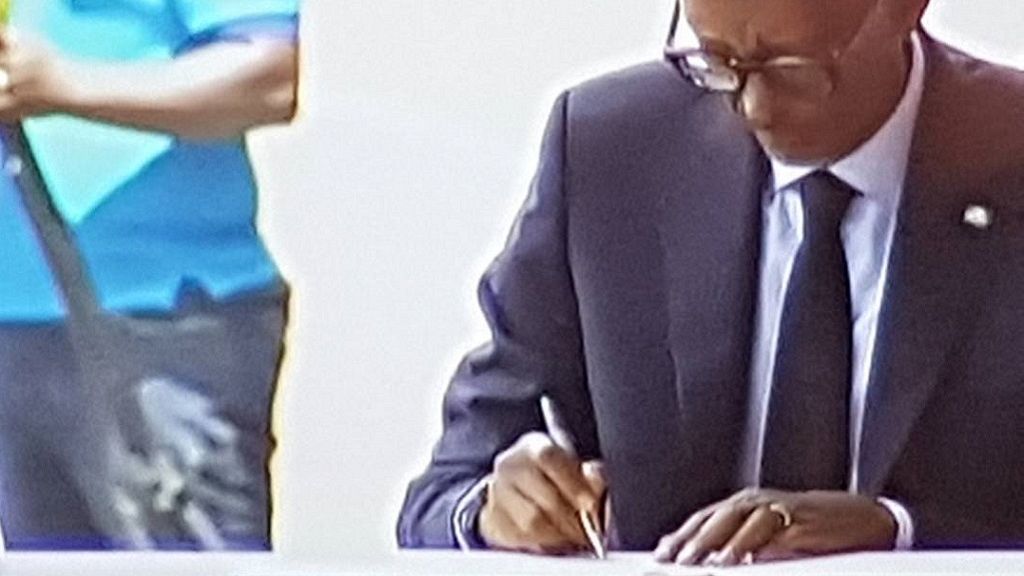 President Kagame signs the oath of office after swearing in as Rwanda's Head of State for next 7 years. #KagameInauguration pic.twitter.com/PIBeRbAETI

President-Elect PaulKagame is now going to take oath. It will be administered by Prof Sam Rugege, the Chief Justice #KagameInauguration

“Rwanda is a country that has come far away. Through all we have passed through, Rwanda is a blessed country.

“We are here to celebrate a man through whom the best things our country has seen are manifested. Electoral campaign was marked by a festive mood all across the country.”

As Foreign Affairs Minister LMushikiwabo introduces the Heads of State, the crowds cheer with passion. #KagameInauguration

The East African anthem will be followed by the African Union anthem before the Rwandan national anthem to officially kick off proceedings.

African Union and EAC Anthems will now be sang as the ceremony officially begins. #KagameInauguration

Update 1: Kagame and First Lady arrive for the ceremony

Where is the ceremony taking place?

The ceremony will take place at Amahoro National Stadium and will be aired live on https://t.co/Pstn3jRhwe #Kurahira2017 #KagameInauguration

Who will administer the oath of office?

The oath will be administered by Chief Justice, Sam Rugege. After President-elect Kagame is duly sworn-in, he will deliver an inaugural address. 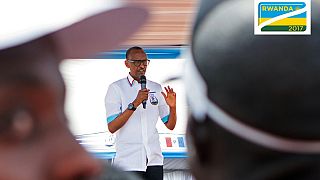 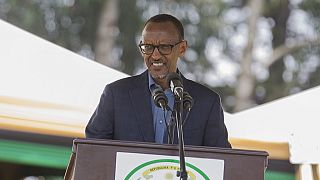 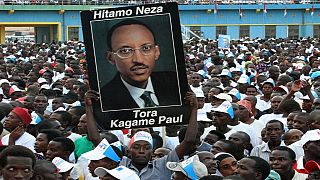