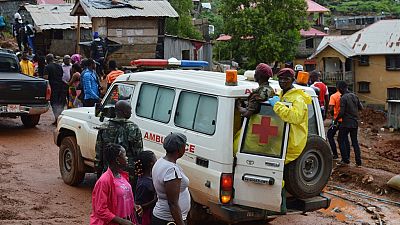 The African Union Commission has called on Africans in the continent, diaspora and international partners to support Sierra Leone after at least 312 people died in a mudslide in the capital Freetown on Monday.

African Union Commission Chairperson Moussa Faki Mahamat made the appeal as more than 2,000 people have been left homeless after the heavy flood washed away their homes.

He also called for support of the country’s public health system to respond to the disaster.

Sierra Leone’s security services and the Red Cross were deployed to locate and rescue citizens trapped in their homes or under rubble.

Several bodies were found floating in the flood that is termed as one of the worst natural disasters to ever hit the country.

It started after torrential rains early Monday morning that washed away mud houses and submerged many at hilltop communities.