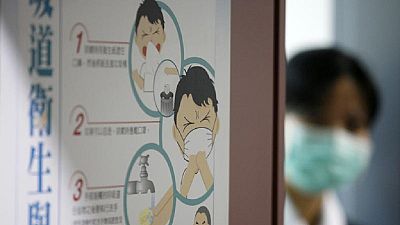 Only two African countries are fully prepared to face a global pandemic if one should break out. The two – Eritrea and Tanzania – are joined by four other countries on a global list according to a recent World Bank sponsored report.

The report titled ‘From Panic and Neglect to Investing in National Security,’ said only six countries the world over had taken steps to evaluate their ability to adequately respond to pandemics.

In Africa – Eritrea and Tanzania, the United States is the only representative of the Americas and Finland the sole European country. Asia also had two countries listed – in Saudi Arabia and Pakistan.

Their purpose is to prevent, detect, contain and respond to the spread of disease and other hazards, mitigating social disruptions and limiting risks to international travel and trade.

The report notes that the external evaluation of readiness to face pandemics was two way – one for human diseases and the other for animal outbreaks. It added that as at April 2017, the six countries had undergone both evaluations and mapped out measures to rectify their weak points.

The 131-page report was authored by experts from the World Bank, the International Monetary Fund (IMF), the African and Asian development banks, and finance officials from various governments.

The evaluation exercises employed are done in cooperation with the World Health Organization (WHO) and the World Organization for Animal Health, a Paris-based United Nations agency.

Africa as recent as 2014 was the epicenter of rampaging Ebola crisis which gave the WHO a hard time and bad name with respect to its emergency response to the epidemic. The virus recently resurfaced in the Democratic Republic of Congo but has since been declared free of it.

Bird flu is also giving economies especially in southern Africa region some tough time. The report notes that even diseases that infect only animals can damage economies by curtailing meat exports, for example, or driving up domestic food prices.

Part of the document’s summary reads: ‘‘This report by the International Working Group on Financing Preparedness (IWG) proposes ways in which national governments and development partners can finance investments in country and regional preparedness and response capacities for pandemics and other health emergencies.

‘‘Preparedness for pandemics refers to health and non-health interventions, capabilities, and capacities at community, country, regional, and global levels. Their purpose is to prevent, detect, contain and respond to the spread of disease and other hazards, mitigating social disruptions and limiting risks to international travel and trade.’‘