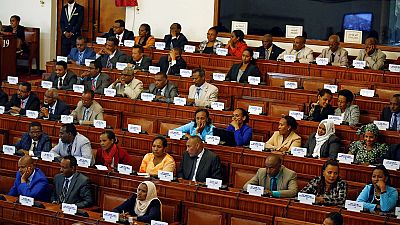 International rights group, Human Rights Watch (HRW) says according to information available to them, it is just a matter of time before protests hit Ethiopia again if the government does not aver itself to the true demands of protesters.

According to HRW’s Senior Researcher for the Horn of Africa region, Felix Horne, the government used the October 2016 state of emergency rule to achieve the end of halting protests but it had failed to address the root causes of the mass action.

Horne in a statement reacting to the end of the state of emergency said despite the end of the curfew which he described as ‘welcome news, ‘‘Government Should Use Reform, Not Force, to Avoid More Protests.’‘

The government has largely redefined protester grievances in its own terms, ignoring more fundamental demands to open up political space, allow dissent, and tolerate different perspectives that are critical in such a large and ethnically diverse country.

‘‘In October 2016, at the beginning of the state of emergency, the government promised “deep reform” in response to the year-long protests that left over 1000 people dead. The reforms included tackling corruption, cabinet reshuffles, and a dialogue with what was left of opposition political parties.

‘‘The government also pledged youth job creation and good governance. But these are not the fundamental issues that protesters raised during the hundreds of rallies between November 2015 and October 2016.

‘‘The government has largely redefined protester grievances in its own terms, ignoring more fundamental demands to open up political space, allow dissent, and tolerate different perspectives that are critical in such a large and ethnically diverse country,’‘ he said.

He further reiterated the failure of Addis Ababa ‘‘to conduct even a remotely credible investigation into security force abuses since the protests began.’‘ Consequently, he renewed calls for an independent investigation into the deaths.

Horned averred that despite the opportunity the 10-month long curfew gave authorities to deal with issues that will bring durable peace, they failed via the use of brutal force. ‘‘Suppressing grievances through brutal force is more likely to provoke instability than to ensure Ethiopia’s long-term stability,’‘ he stressed.

He called on the government to release those arbitrarily detained or subject to politically motivated charges, including leading opposition politician Dr. Merera Gudina, Chairman of the Oromo Federalist Congress.

HRW has in the past voiced their concerns over the extent to which emergency powers had resulted in mass detentions across the country. The decried what they said were politically motivated charges and restrictions on movement and communication.

Addis Ababa has had cause in the past to accuse HRW of being behind the protests of last year due to their inaccurate reportage on issues in the country.