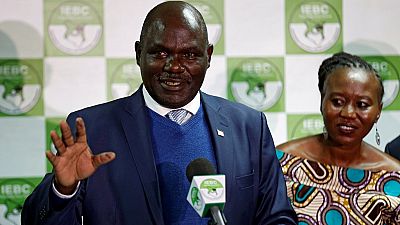 Kenya’s Independent Electoral and Boundaries Commission’s (IEBC) decision to announce only the final tally at the end of vote collation has been opposed by the main opposition party National Super Alliance (NASA).

The IEBC announced on Tuesday that it has scrapped the system of announcing constituency results at the national tallying centre.

Raila Odinga’s NASA, in a statement on Wednesday rejected the decision describing it as a plan to manipulate the results.

“ It would appear that the IEBC intends to bury itself at a bunker at Bomas on August 8, 2017 and then come out into the auditorium a day or two later to announce results which have not been received and tallied in an open and transparent manner,” local media Daily Nation quotes a portion of the statement.

“In effect, the country will be kept in an agonising suspense as the results are ‘cooked and doctored.’ It will be déjà vu,” the statement added.

The IEBC is yet to respond to the NASA’s opposition to the decision.

Declaration of results should be done within seven days after the election day.