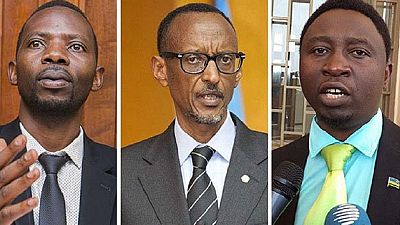 Two of the three presidential aspirants, incumbent President Paul Kagame and main opposition candidate Frank Habineza have pulled out of Rwanda’s first presidential debate to be aired live on Wednesday.

Rwanda Patriotic Front (RPF)‘s Kagame and the Democratic Green Party of Rwanda’s Habineza have opted to field party representatives for the live event.

According to regional media The EastAfrican, the debate will be conducted in the local Kinyarwanda language and broadcast live on RBA and on the state radio.

Frank Habineza had earlier stated that he will only be at the debate if Kagame is present himself.

Elections will be held on August 3 in the diaspora and August 4 in Rwanda.