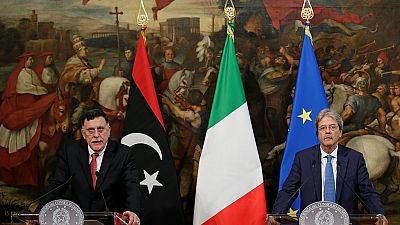 Italy intends to deploy several ships in Libyan waters by the end of August to fight human trafficking and stem a flood of immigrants, a government source said on Thursday.

A mission plan should be brought to the Cabinet for approval on Friday, and the necessary parliamentary vote to endorse it may be held next week, the source said.

“The exact number of ships and sailors is still being worked out,” said the source. If parliament approves, the mission might begin “by the end of August”, he said, explaining that the navy can be ready to put it in place “in a matter of hours”.

Prime Minister Paolo Gentiloni met with military chiefs and ministers on Thursday to discuss “security, immigration and the Libyan situation”, according to a statement. He had said on Wednesday Libya’s U.N.-backed government in Tripoli had invited Italian warships into its territorial waters.

Tripoli had refused access to its waters to the European Union’s anti-trafficking sea mission Sophia since 2015, hobbling efforts to stop smugglers.

As a result, some 600,000 migrants have reached Italy by sea from North Africa since 2014. Most came through Libya, where people smugglers operate with impunity amid the turmoil that has gripped the country since Muammar Gaddafi was overthrown in 2011.