Zanzibar kicked out of CAF amid new statutes 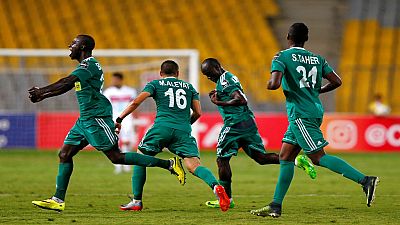 African soccer passed changes to its statutes on Friday to bring them into line with reforms at global body FIFA following its corruption scandal, and dropped Zanzibar as one of its members after deciding its admission had breached the rules.

It also agreed to reduce the number of standing committees from 20 to 11 but passed a proposal that effectively increases the size of the CAF executive committee from 16 to 23.

The CAF was also forced to drop Zanzibar as one if its members, just four months after the island – which forms part of Tanzania but plays football independently in regional competitions – was admitted as the confederation’s 55th member.

“They were admitted without properly looking into our statutes and they are crystal clear,” CAF president Ahmad told the assembly.

“CAF cannot admit two different associations from one country and the definition of a country comes from the African Union and the United Nations.”

FIFA had refused to admit Zanzibar to its ranks following the CAF’s acceptance of its application at a congress held in Addis Ababa in March, where Ahmad won a surprise election to take over as the leader of African soccer.

At an extraordinary congress in Morocco, the Confederation of African Football (CAF) accepted a variety of technical changes dealing with voting procedures, election processes, the appointment of staff, an age limit of 70 and eligibility checks for committee members.

The technical nature of Friday’s deliberations contrasted with the dramatic changes to African soccer’s leading competitions agreed by CAF on Thursday.