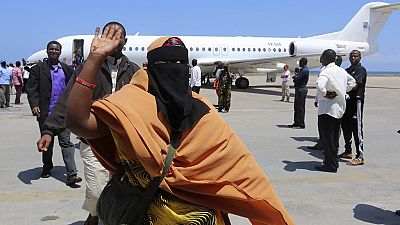 Saudi Arabia’s humanitarian agency, KSRelief has repatriated a hundred Somalis from Yemen who are trapped in the midst of the ongoing conflict.

The Saudi Press Agency (SPA) reported that the repatriation was conducted last Thursday with the help of the International Organization for Migration (IOM) and the Somali consulate in Yemen.

So far, about a 1,072 Somalis have been repatriated out of the 2,500 estimated to be trapped in Yemen, the director of KSRelief, Salih Al-Zubiani said.

He added that the rest will be repatriated in phases.

Somalis refugees were the majority in Yemen since the early 1990s ahead of the conflict in the Arab country.

The UN Refugee Agency UNHCR says 255,000 Somalis were in the country and at the start of the conflict, 30,600 had returned home.

An increasing number had turned to the UNHCR for assistance to support their return, citing safety and security concerns and limited access to services in Yemen.

Early this year, the UNHCR said it can only assist 10,000 Somali refugees with documentation, travel and transportation assistance and financial support in Yemen to facilitate their journey home.

UNHCR has been providing protection and services for refugees and asylum seekers in Yemen.