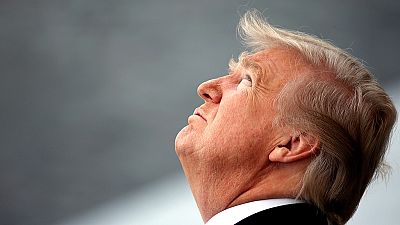 A United States court judge has ruled on Thursday that grandparents and other relatives of legal U.S. residents are exempt from President Donald Trump’s recently amended “travel ban”.

The U.S. State Department in June distributed a guidance for visa-applicants from six Muslim-majority countries including Sudan, Somalia and Libya that says only entities with close familial relationship can be admitted to the United States.

The guidance defined a close familial relationship as being a parent, spouse, child, adult son or daughter, son-in-law, daughter-in-law or sibling, including step siblings and other step family relations excluding grandparents.

District Court Judge Derrick Watson wrote in his ruling that “common sense, for instance, dictates that close family members be defined to include grandparents.”

Trump had signed two separate orders, but both had been suspended by lower courts forcing the case to be taken to the supreme court.

It also introduces a 120-day ban on all refugees arriving in the US, a move meant to allow Washington to implement tighter vetting procedures.