Assistance will be based on your political stability efforts, IMF tells DR Congo 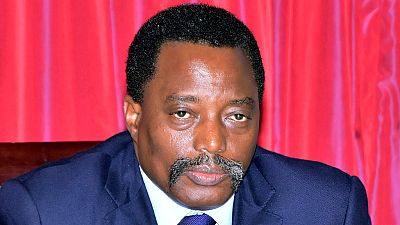 The IMF has told Democratic Republic of Congo that “a credible path toward political stability” will probably be a condition of any assistance package, a letter seen by Reuters showed on Tuesday.

Lagarde said that Tshibala wrote to her on June 12 to request discussions with the International Monetary Fund over a so-called rapid credit facility to address the fallout of low commodity prices and high government deficits on Africa’s top copper producer.

Congo has only enough foreign currency reserves to cover about three weeks of imports and its franc currency has lost 40 percent of its value in the past year.

But Western donors are reluctant to aid the government of Kabila, who refused to step down when his mandate expired last December. They also accuse government forces of widespread human rights abuses – charges the authorities deny.

Lagarde proposed an Article IV visit by an IMF delegation for the second half of September but cautioned that any assistance would come with strings attached.

“Our support will need to be part of a context that permits an improvement of the macroeconomic situation and that involves financing from the principal partners of the DRC,” she wrote.

“To fulfill these two conditions, a credible path toward political stability will probably be a prerequisite,” Lagarde added.

A spokesman for Tshibala’s office said the government was open to the discussions proposed by Lagarde but he did not know if the offer of a September IMF mission had been accepted.

Congo’s political crisis has shown few signs of easing. The election commission president said on Sunday that a vote to replace Kabila, originally due last November, was unlikely to take place in 2017, because of delays registering millions of voters.

Donors also say greater transparency should be a precondition for any assistance. The IMF suspended its last financial aid to Congo – a $560 million loan programme – in 2012 after the government failed to provide sufficient details on the sale of state mining assets to an offshore company.